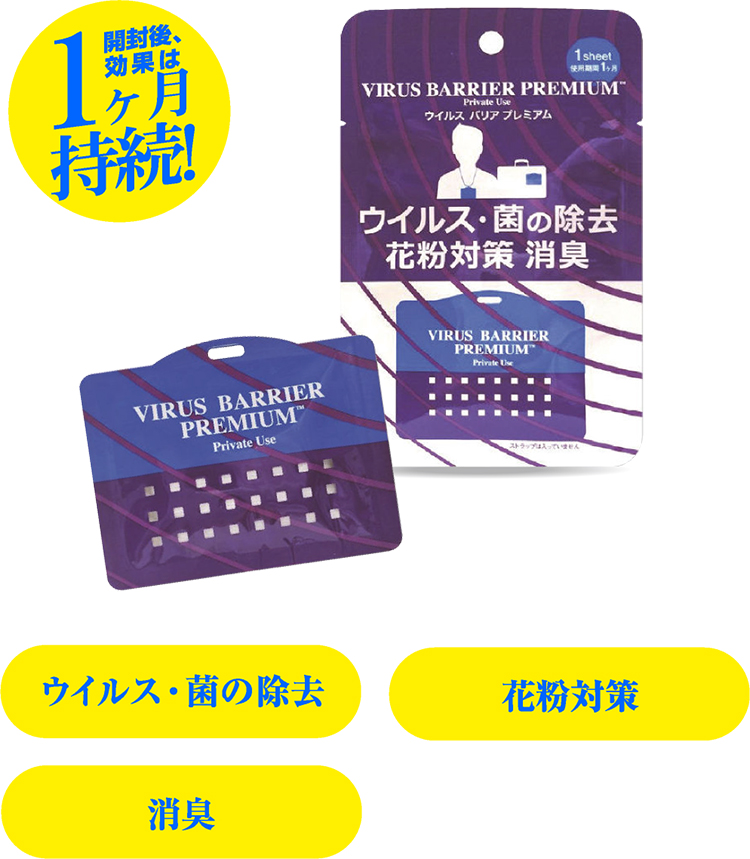 It can be hung from the neck and used in a closed space where people gather (workplace, school, hospital, facility, inside the car, etc.).

-This product stably releases chlorine dioxide at a concentration that is safe for the human body from the time it is opened.

・ Chlorine dioxide is an oxidation reaction by oxygen (oxygen radicals) instead of chlorine, and deactivate viruses in the air.

It acts directly on bacterial proteins and exerts a sterilizing effect.

・ Our original special polymer holds the chlorine dioxide aqueous solution, and it accompanies the evaporation of water during use.

Chlorine dioxide is released stably for a long period of time.